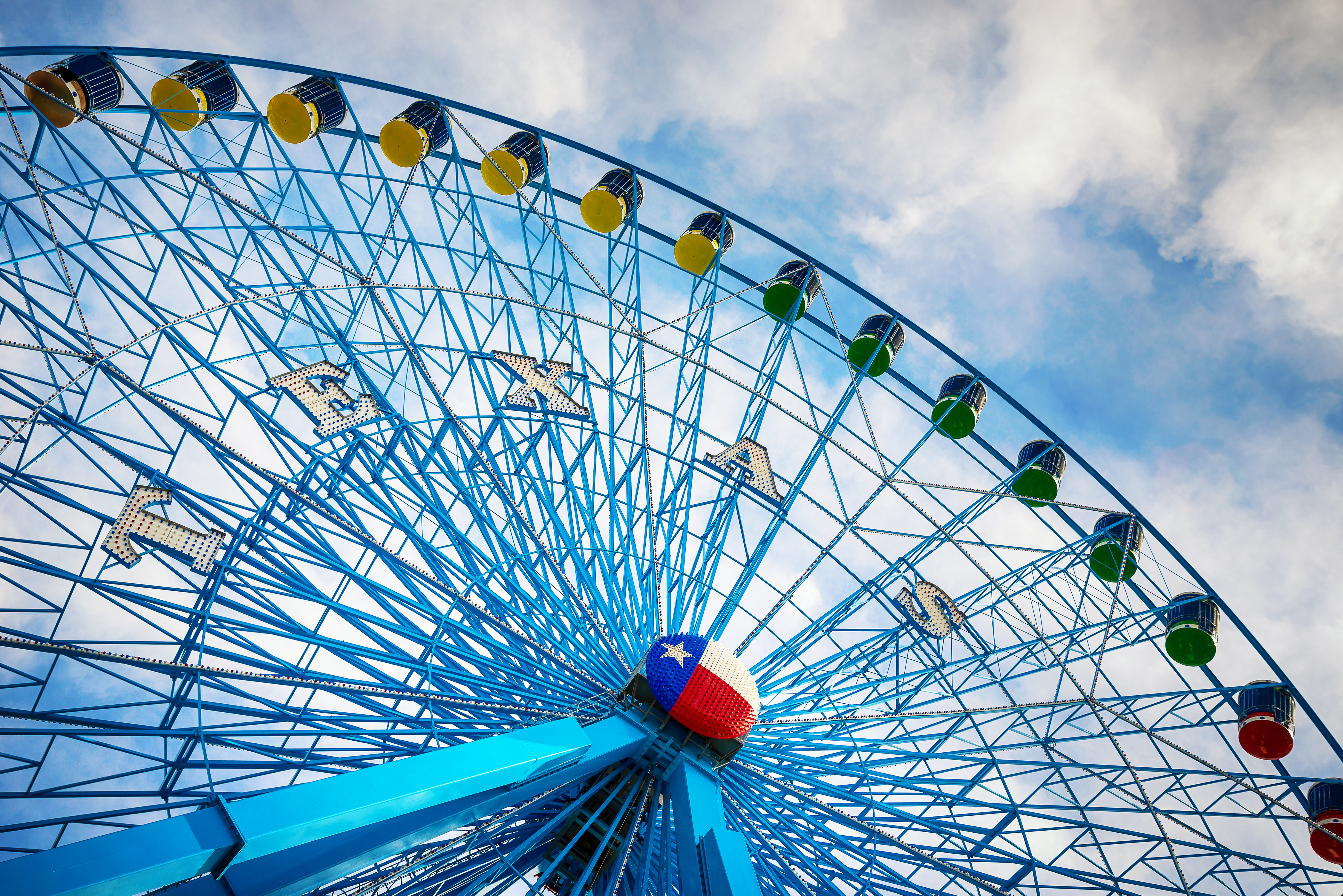 This year the Fair is chock full of big time entertainment. The concert series is one of the best values because it is totally free with the price of admission.

Over a span of 24 days, you can enjoy different headliners and regional musicians performing live at the Fair. From country to Tejano, rock to hip-hop, this year’s Chevrolet Main Stage lineup has something for everyone. It all starts on opening night with a concert by rugged country superstar/actor Trace Adkins. His string of monster hits includes “(This Ain’t) No Thinkin’ Thing” and “Ladies Love Country Boys.”

Other choice acts in the lineup look like this:

October 14:   Jason Boland and The Stragglers

Since its debut in 1913, the Texas Auto Show has been bringing a world-class showcase to fairgoers. With 297,000 square feet of exhibit space across three indoor and outdoor areas, this exhibition is what many Texans wait for all year long. Experience the latest vehicles from the brands we all know, plus discover what could be your next set of wheels. Also, as the official vehicle of the State Fair of Texas, Chevy returns with their popular “Ride & Drive” attraction. 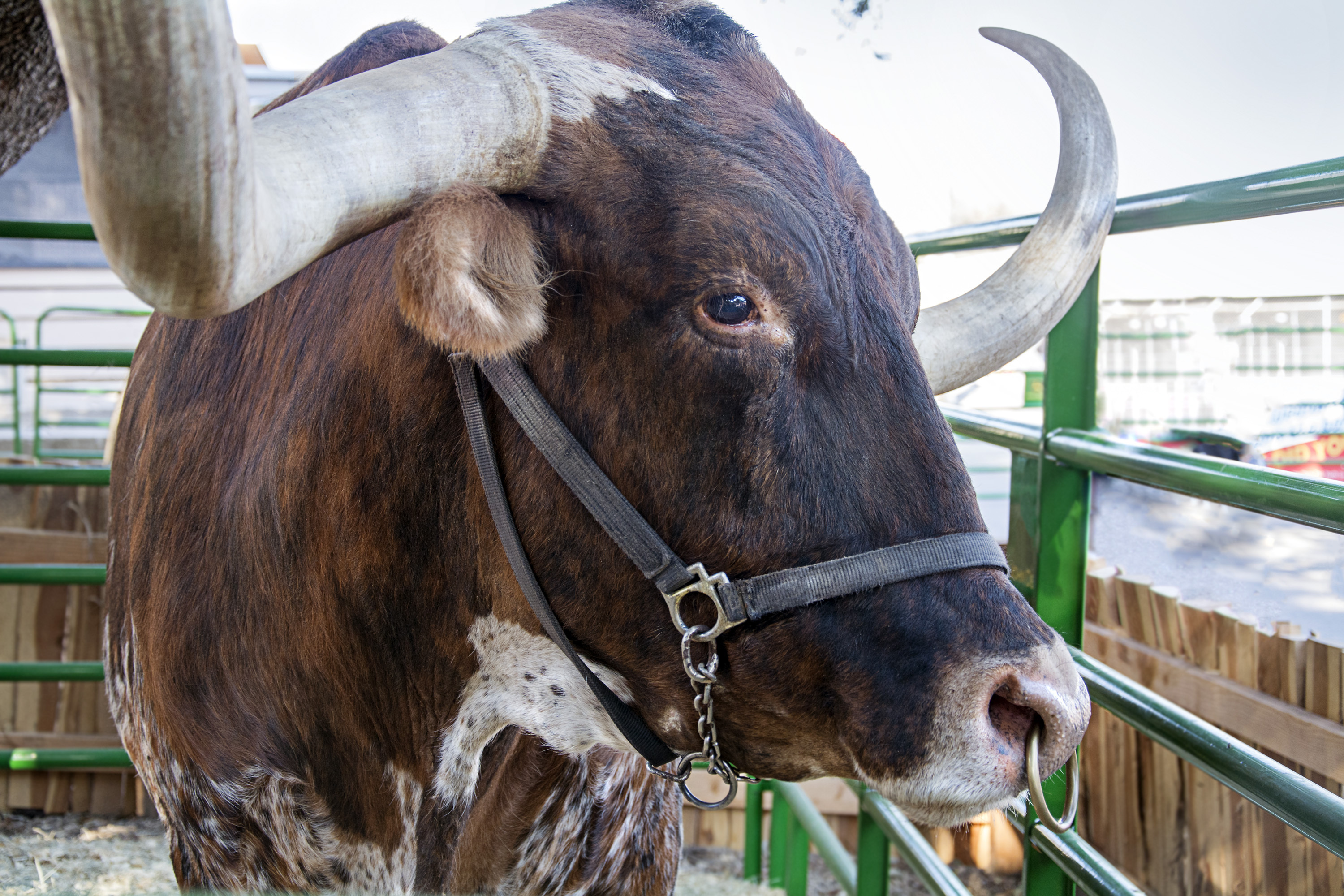 According to the City of Dallas, over five million people visit Fair Park annually. For newcomers, the State Fair of Texas is a celebration of all things Texan – including a deep history of livestock and agriculture displays. Over 5,200 students participate in the various youth events and leadership contests annually. Click here for a daily schedule of contest times.

The historic Cotton Bowl stadium sits in the middle of 277-acre Fair Park, a National Historic Landmark. The footprint also happens to comprise the largest collection of 1930s-style art deco buildings in any one place in America. The park centers around The Esplanade, which features a 700-foot pool lined with buildings, including the notable Hall of State. The Esplanade was designed by noted architect George Dahl and built specifically for the 1936 Texas centennial. 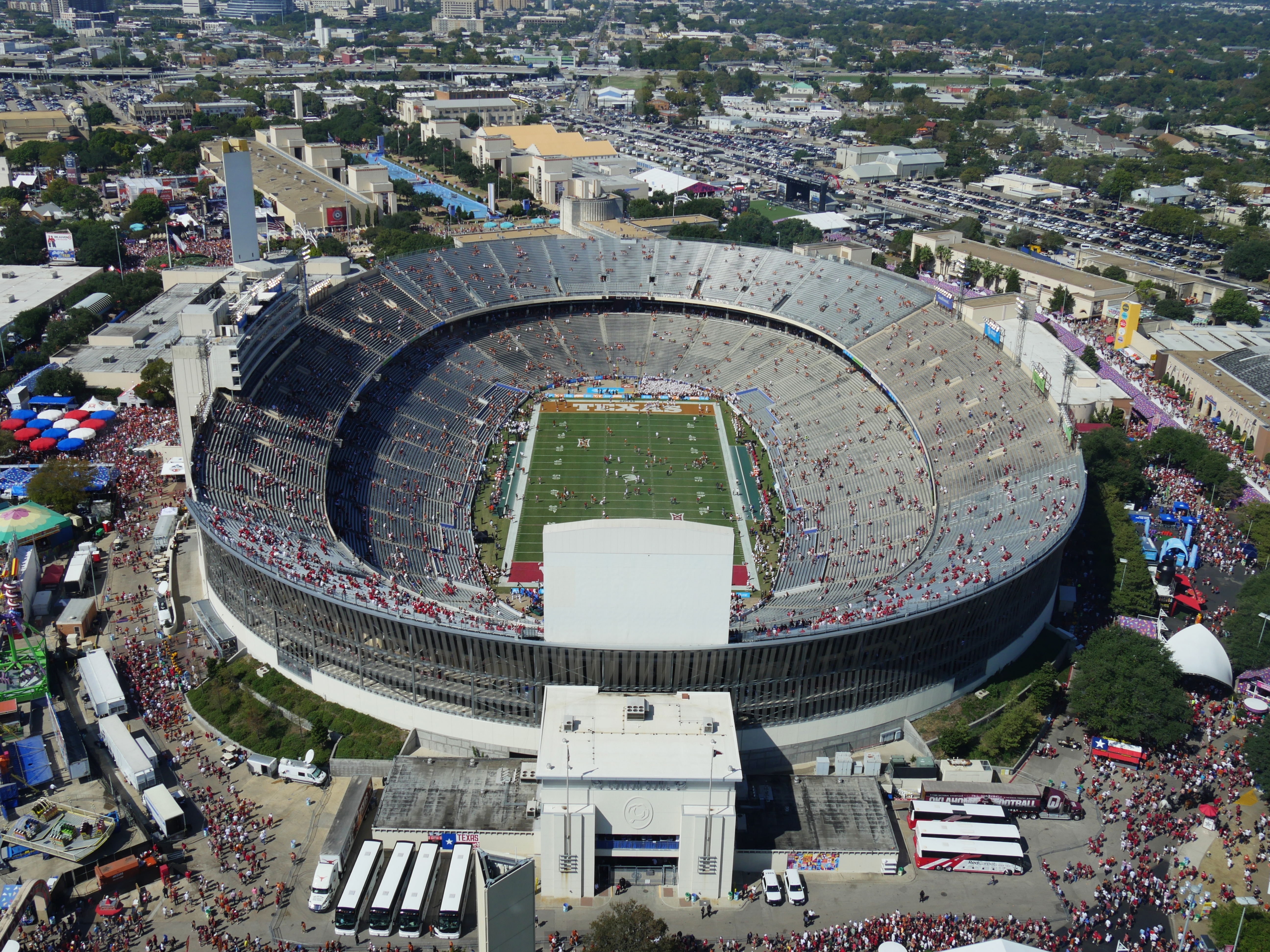 Every year some of the best college football games unfold there including the Red River Rivalry: the Oklahoma Sooners vs. the Texas Longhorns. Since 1929 the Crimson and Cream faithful and Burnt Orange fans have gone to battle in the venerable stadium, usually with national championship implications.

Sports at the State Fair of Texas often set records. In 1985 at the State Fair Classic, an annual football game between Grambling State and Prairie View A&M, legendary Grambling coach Eddie Robinson led his team to victory in the Cotton Bowl to become the winningest coach in college football.

Beyond sports, livestock, music, and midway entertainment, Texas flock to try the fried fare available at the Fair (check out the 2022 finalists here). Be sure and sample Fletcher’s Corny Dogs, which is celebrating 80 years at the Fair this year. 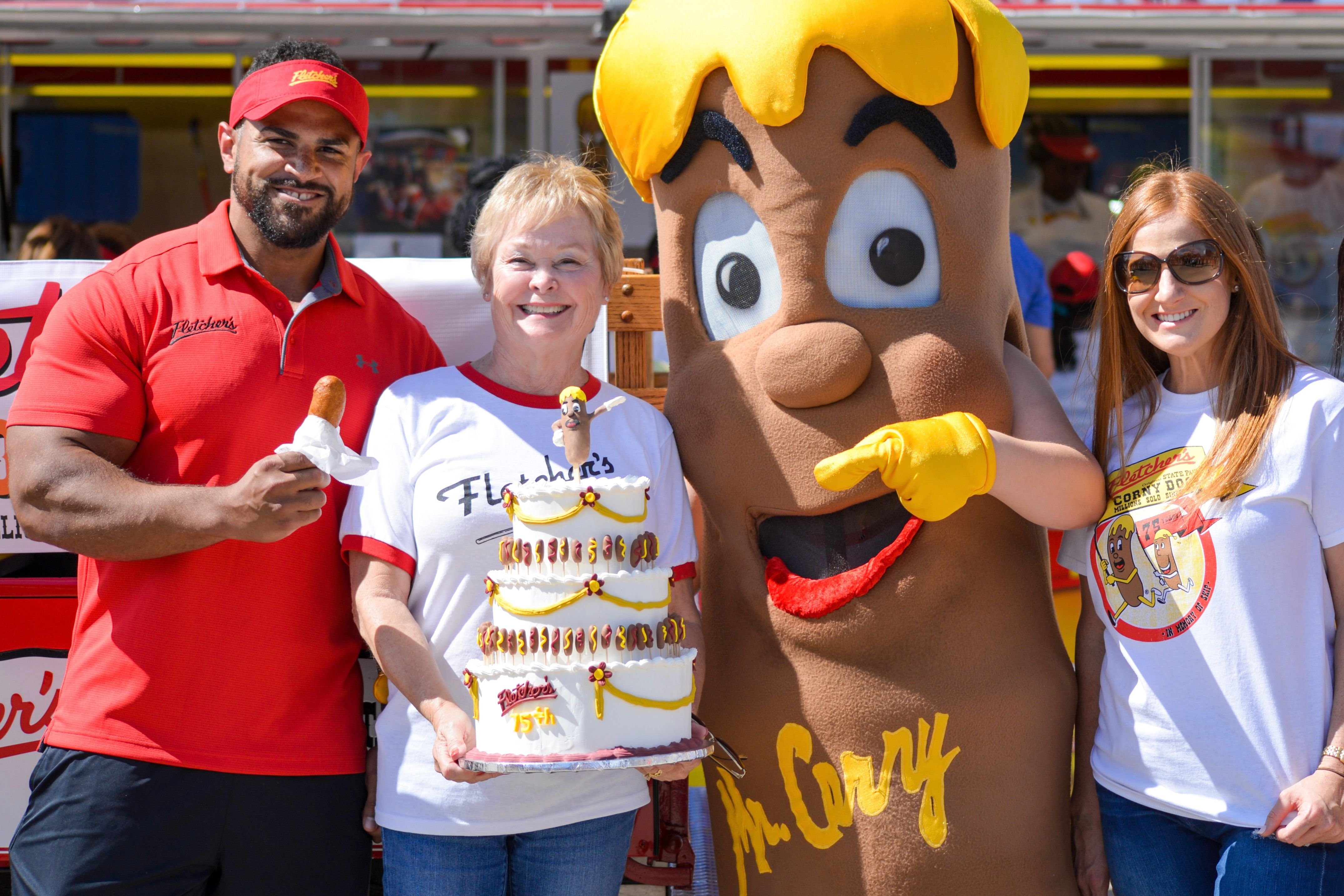 Don’t miss activities in the Creative Arts Building. It is a showcase of Lone Star arts, crafts, culinary creations, and performing arts. Visit the building to view 2022 ribbon winners in the Fair’s annual Creative Arts Contests. Watch things heat up in the Community Coffee Competition Kitchen, see the quirky mini butter sculpture, and learn unique cooking tips from the pros in the Cutco Celebrity Kitchen.

“From the rich bowls of boat noodles to the crazy charcuterie boards to the spicy strawberry sotol, one thing is clear: Texas’ oft-skipped food destination is no longer skippable,” wrote Bon Appetit in 2019 when it named Dallas culinary city of the year. Since then, the city’s reputation has only grown.

Each day, the State Fair presents four to five culinary demonstrations by notable foodie icons. Chefs prepare a favorite signature dish, share kitchen tips and answer questions from the audience. Oh, be sure to stick around for the free samples at the end of the show. Here is a schedule of chef’s appearances. 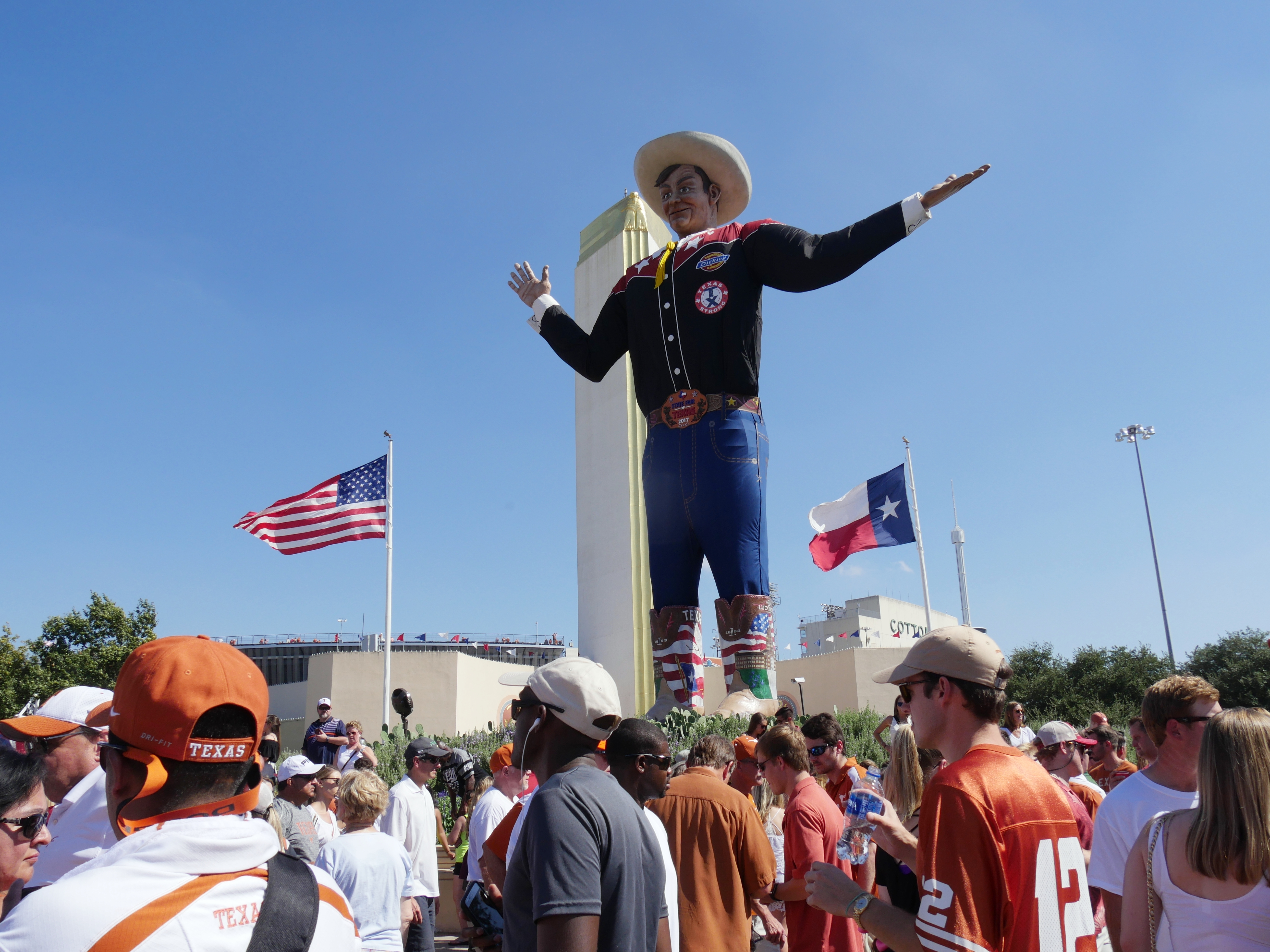 Big Tex, the towering cowboy in the center of the grounds, also boasts quite a story. Tex was originally designed as a Santa Claus in small town Corsicana, Texas. The 49-foot-tall figure is made of iron-pipe drill casing, Paper Mache, cloth, and seven-foot lengths of un-raveled rope for his beard. Tex officially joined the State Fair in 1952. On the final Friday of the 2012 State Fair, an electrical fire started in the base of Big Tex, burning the Long Tall Texan to the ground in a matter of minutes. In 2013 he returned in grand fashion with a Lone Star size welcome back celebration on September 27, 2013.

You can check out all the things to see and do at the State Fair of Texas’s website, BigTex.com. Plus, stay on top of Dallas high-rise developments, the various entertainment options around town, and the best listings with Sue Krider and her website DallasHighRiseCondo.com. It is deep with investment opportunities and insider details on the market. Call her at 214.673.6933, or email Sue@SueKrider.com.