Perhaps nothing demonstrates the walkability and livability of Downtown Dallas better than the sleek entertainment district surrounding the American Airlines Center. But more than walkability this bustling district has become a neighborhood for many. 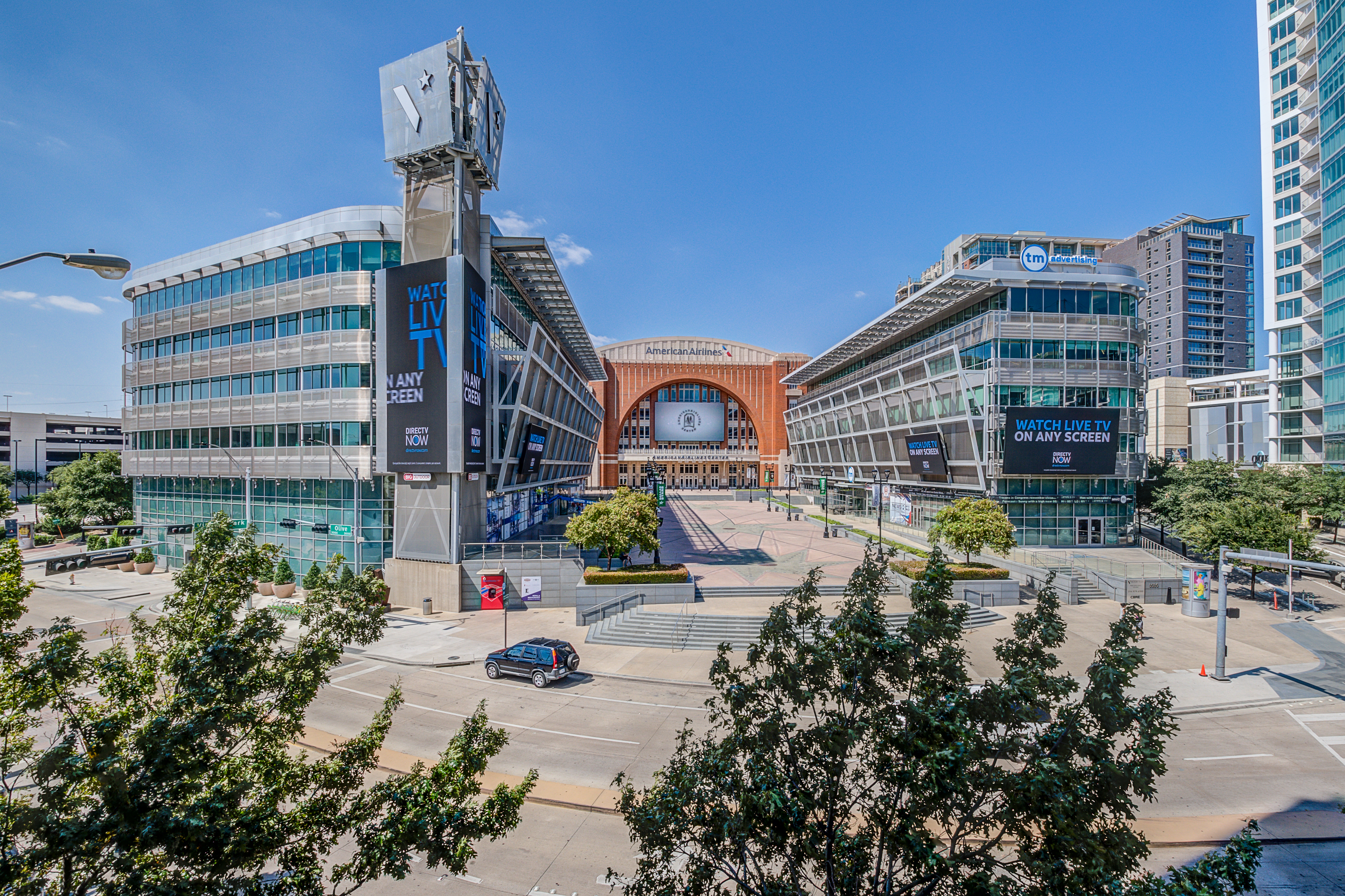 Victory Park offers so much more than the occasional concert or basketball game. It is a destination for urban excitement and urban living. With over 2,000 residences and street-from retailer and restaurants, this community is blossoming into an immersive neighborhood of its own.

Victory Park opened in 2001, as home to the Mavericks and Stars, as well as a steady stream of concerts and events. House of Blues is a short walk away, also featuring trendy entertainment options and the intimate HiFi Dallas listening room is close opening in May. Check out the luxurious Cinepolis, which features eight screens and the latest motion pictures. 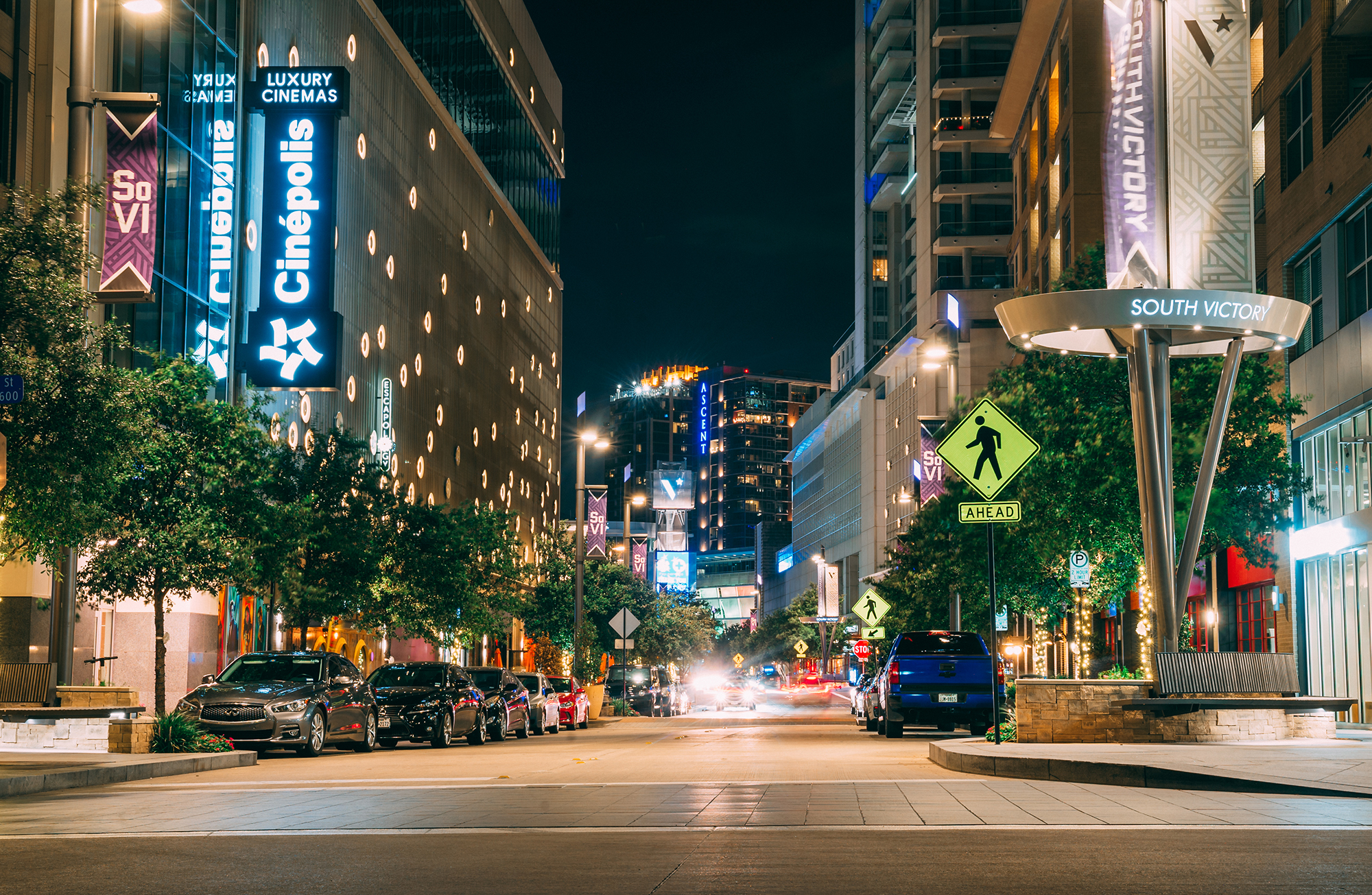 Stellar restaurant selections include the bustling sports bar Hero (ideal for before and after the game), the hip gastropub Cook Hall in the W Hotel, spirited Billy Can-Can, and Imoto’s Asian delights courtesy of renowned local chefs Kent Rathbun and Jennifer Newbold. Modern Mexican cuisine and craft cocktails flow at the popular Mesero.

The many options for dining and entertainment makes Victory Park a great options for Downtown living. Some key residences in the area include The House, The W and The W South. 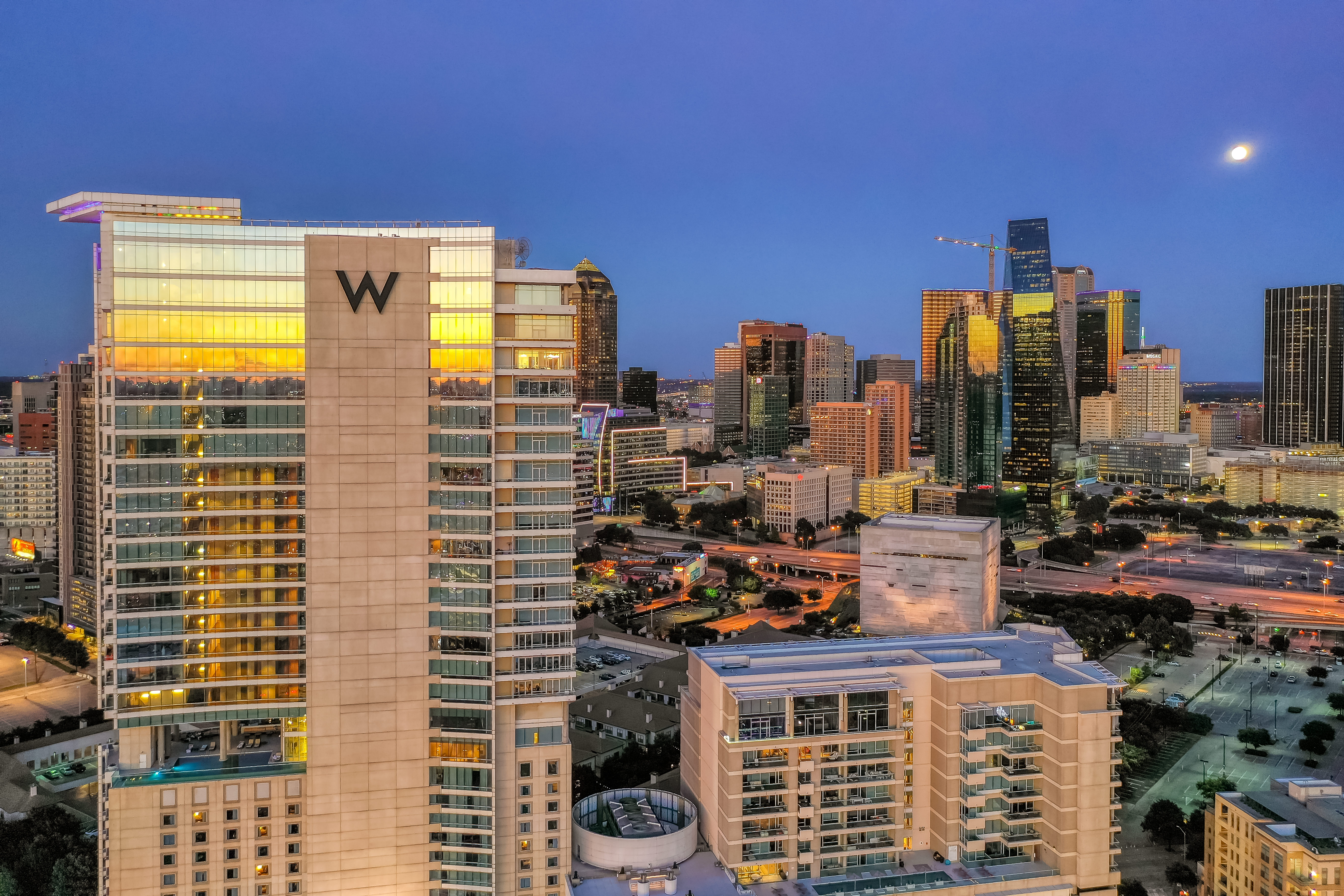 The House is contemporary and lively. It sits on the southern edge of Victory Park offering views of Downtown, the Arts District, the Trinity River Corridor, Margaret Hunt Hill Bridge and Perot Museum of Nature and Science.

The W and W South are located steps from the American Airlines Center. While sleek and modern each tower offers a unique feel. Residents of the The W and W South will enjoy the best of the W’s signature amenities.