Few American cities can boast ownership to what many Dallasites drive over on a daily basis: the City’s iconic Trinity River Bridges. 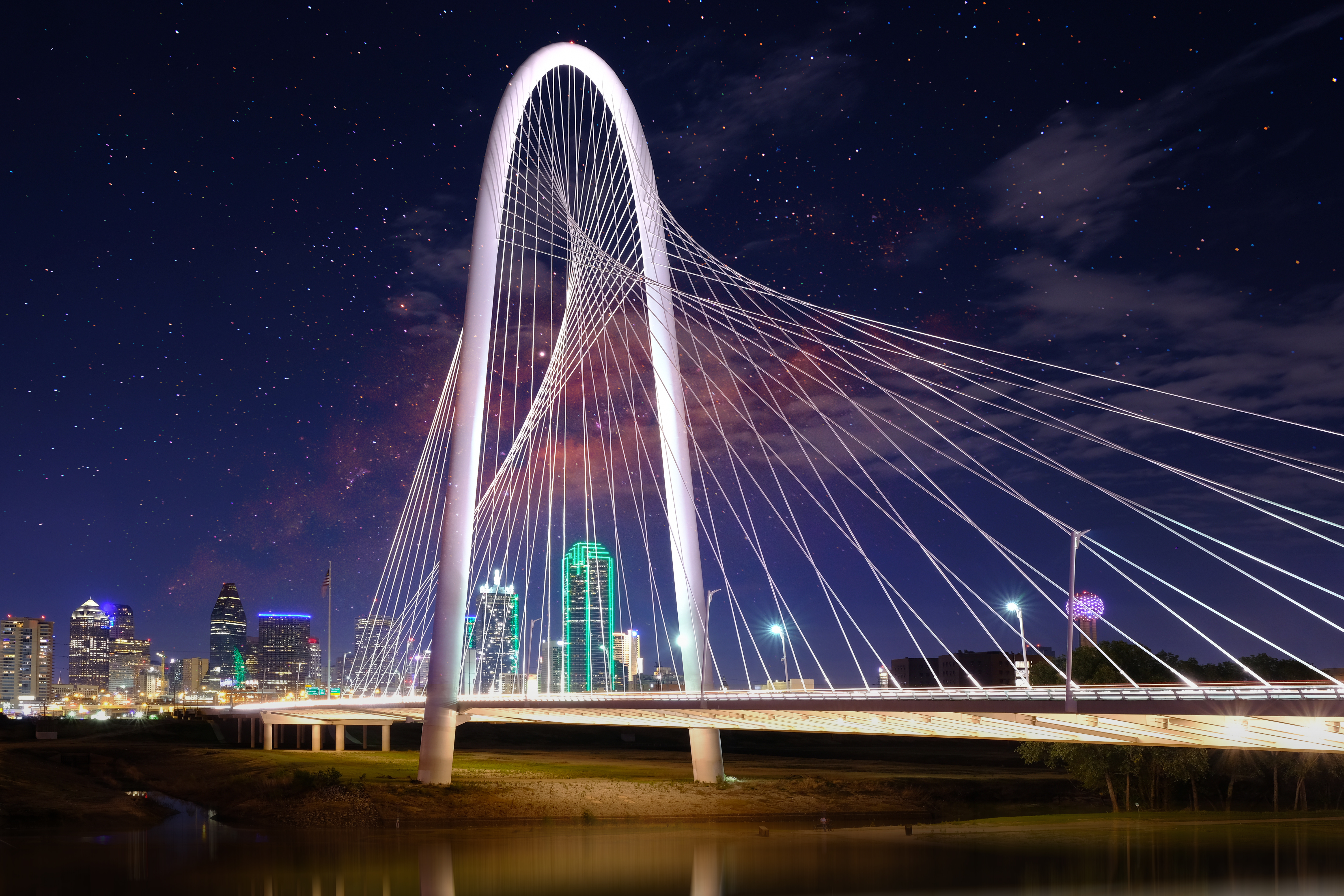 The major contemporary transportation crossing changed the visual landscape, and the entire demeanor of the City’s glittering downtown skyline from the moment the sleek Margaret Hunt Hill Bridge opened to traffic in 2012.

Named in honor of the legendary Texas philanthropist, sturdy threads of steel and concrete span the historic Texas river basin elegantly uniting traffic on Dallas’s Woodall Rodgers Freeway with Singleton Boulevard. The bridge measures 1870-feet long with an 1197-foot main span and a steel arch peak of 400 feet. Local news reports have put the total estimated cost of the bridge at over $180 million.

As a result of the thoroughfare connecting Downtown and West Dallas, exciting new developments have sprung to life. With its eclectic variety of cuisine, served in inventive pop-up restaurants, growing numbers of urban dwellers, and crisp new mixed-use visions, developments such as Trinity Groves and Sylvan | Thirty became instant favorites for those traveling “across the bridge.” 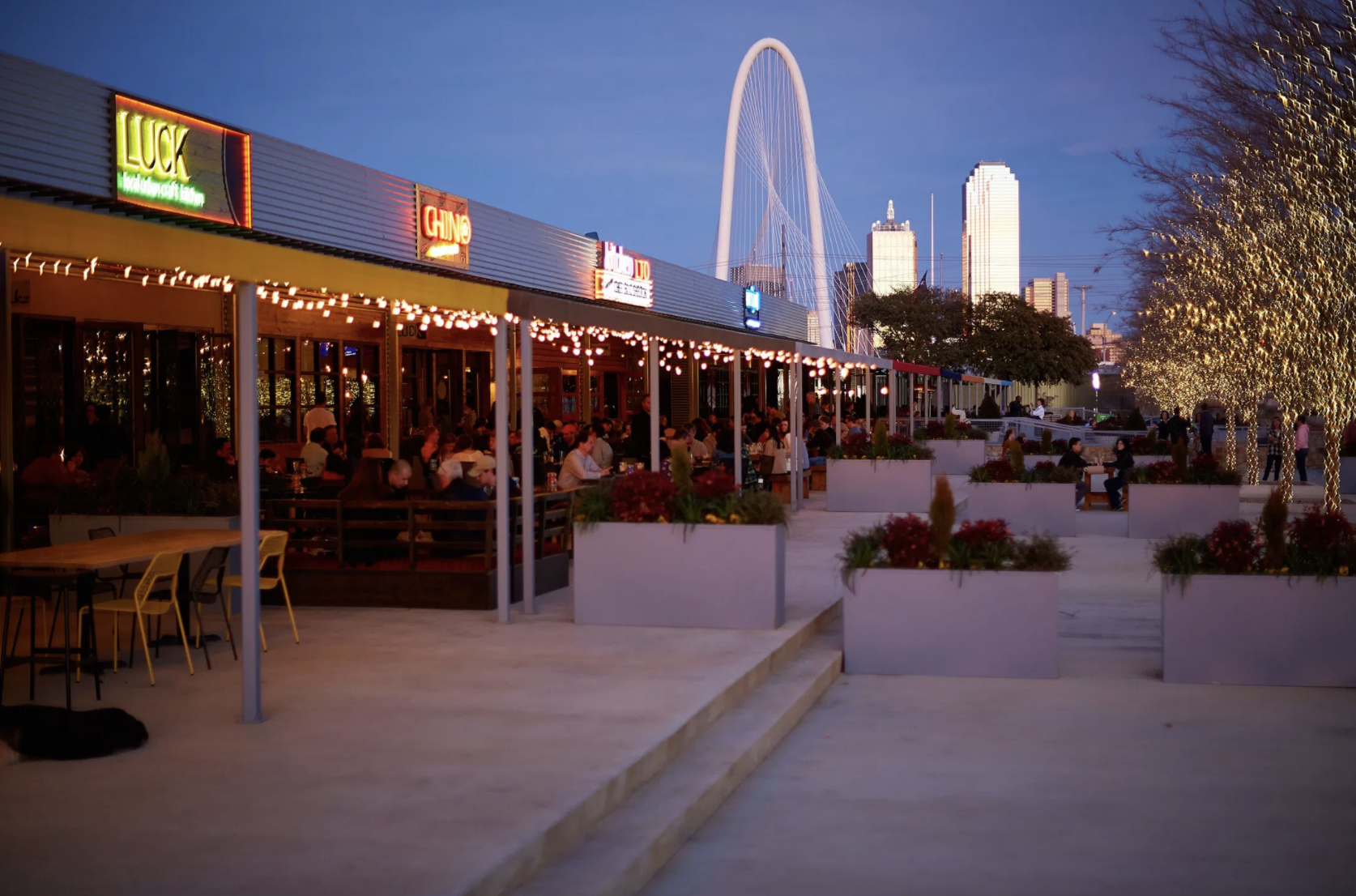 When Dallas made the commitment to design and construct the signature roadways and pedestrian bridges across the Trinity, internationally renowned Spanish architect Santiago Calatrava was hired. The noted structural engineer, architect, and artist is internationally recognized for his bridges, sports stadiums, railway and transportation stations, and museums. Calatrava’s spectacular Montjuïc Communications Tower became the visual and operational center point for architecture and telecommunications at the 1992 Summer Olympic Game in Barcelona.

Initial construction on the massive Dallas bridge began in 2005. It was completed and the bridge opened seven years later to tremendous fanfare.

The second bridge to go up was the Margaret McDermott Bridge, named in recognition of the ardent Dallas arts supporter, philanthropist, and wife of the founder of Texas Instruments. It was partially designed by Calatrava and is part of the Trinity River Project and the Horseshoe Project. Officials say, “The McDermott Bridge is under construction but substantially complete” at this point. It is designed to accommodate pedestrian and bicycle access in and around downtown, the floodway, and Oak Cliff.

The third thoroughfare in the group is the Ronald Kirk Bridge (formerly the Continental Avenue Bridge) was named in honor of Dallas’s first African American mayor, who also served as the Obama administration’s U.S. Trade Representative. 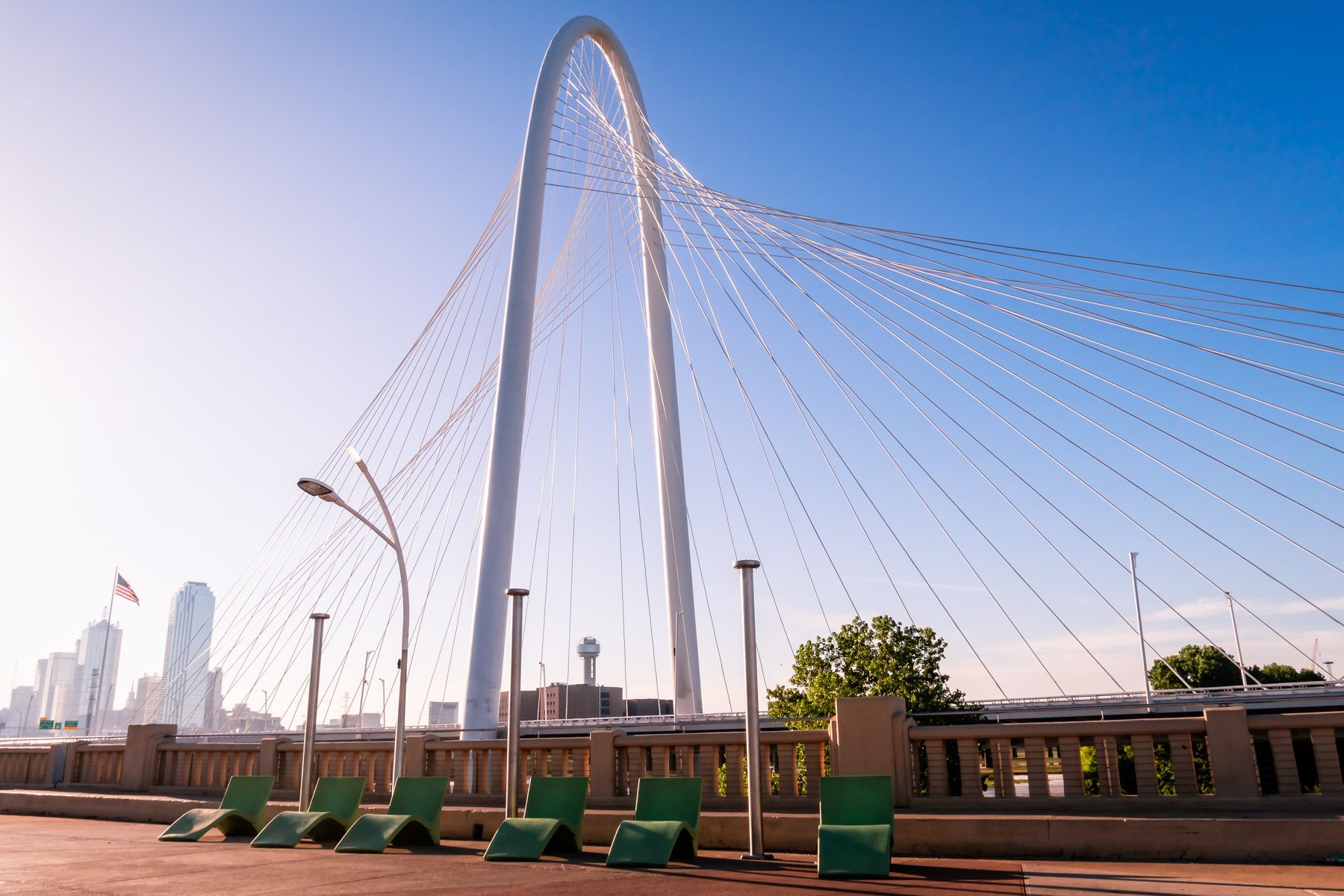 It a pedestrian pathway across the Trinity River. It parallels the Margaret Hunt Hill Bridge for vehicles, and the 1930 Texas and Pacific Railway bridge. Opening on Father’s Day in 2014 with a large community event, it has a playground with colorful, geometric climbing blocks built on a safe, soft surface, a splash park, lounge chairs, human-sized chess boards, and a ceiling of cloth to shade the area, along with many trails surrounding the bridge in the Trinity River Basin and on the levees.

It’s a bike, hike, and skate trail between Sylvan Avenue and West Commerce Street, a six-lane bridge with two six-foot sidewalks on the shoulders. 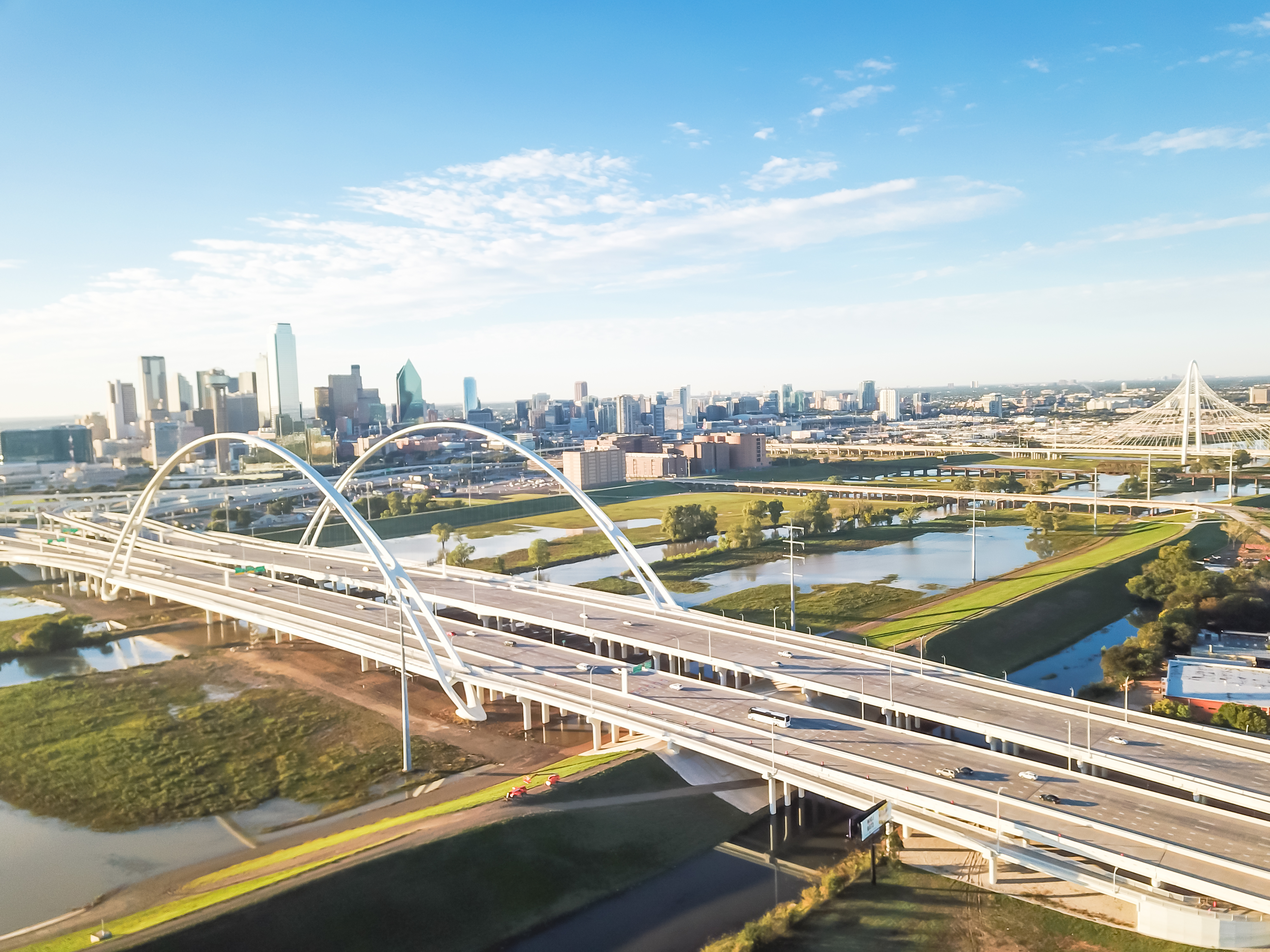 Dallas’s iconic bridges have not only changed aerial views, but inventively created new gateways surrounding the Trinity River fostering economic development, while unifying northern and southern divides in the City.

Previous
Dallas Neighborhood Round Up